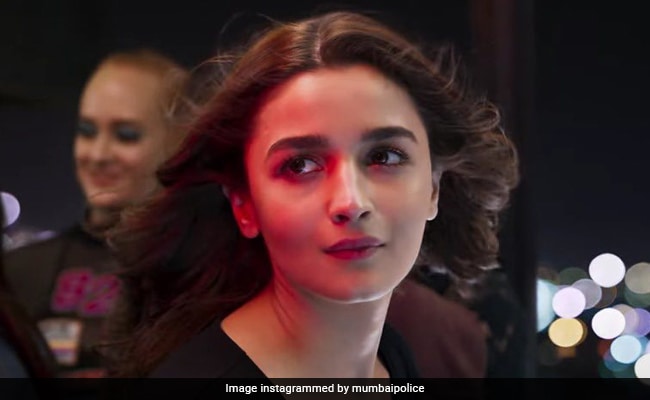 The trailer of Ayan Mukerji’s Brahmastra has been trending ever since its release on Wednesday. While a section of the Internet was busy pushing out fan theories about Shah Rukh Khan’s involvement in the magnum opus, others were busy giving shout outs. And is the release of any trailer ever complete without memes? The reason we brought this up today is because Mumbai Police too made the best use of the film’s trailer to create a meme. Taking a leaf from Ranbir Kapoor’s dialogue from the film Brahmastra, Mumbai Police’s post had a still of Alia Bhatt from the trailer and the caption read: “Kuch rishta hai tumhara traffic rules se, maintain them (you have some connection to traffic rules, maintain them).” They added the hashtag #Brahmastra and #AstrasOfRoadSafety.

The meme is inspired by the scene where Shiva (Ranbir Kapoor) tells Isha (Alia Bhatt): “Something extraordinary is going on in this world, Isha. There are ancient weapons of light and a group of warriors who protect them but there is also a darkness.”

In the first leg of the Astra universe of films, Ranbir Kapoor’s character Shiva is a part of the mighty Brahmastra. He is represented by the element fire. Amitabh Bachchan and Nagarjuna are the protectors of the Brahmastra, while Mouni Roy represents the dark forces that wish to attain the Brahmastra.

Check out the trailer of Brahmastra here to get the reference:

Brahmastra is slated to release in September and it includes a stellar cast that also includes Amitabh Bachchan, Nagarjuna and Mouni Roy. The film is slated to release in theatres on September 9. The film has been directed by Ayan Mukerji. The Telugu, Tamil, Kannada and Malayalam versions of the film will be presented by SS Rajamouli, while the Hindi rendition will be presented by Karan Johar’s Dharma Productions.