Can You Help Janhvi Kapoor Caption This Stunning Pic? 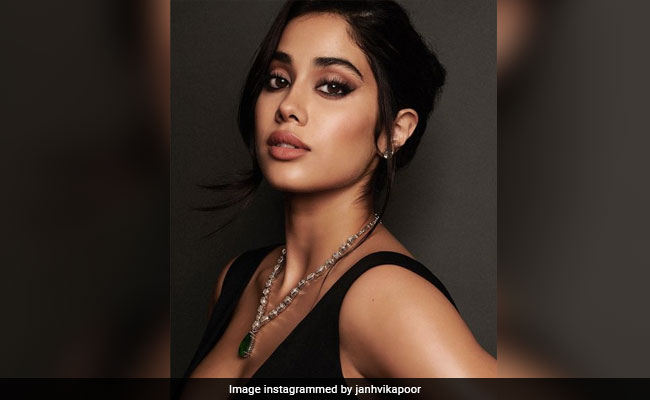 Can You Help Janhvi Kapoor Caption This Stunning Pic?

All Janhvi Kapoor fans out there it’s time to wake up. Reason? The actress needs our help. She wants us to help her with a caption. It is a video from one of her photoshoots. Janhvi, as usual, is looking drop-dead gorgeous in a black gown with cutout detailing. With hair pulled back in a bun and a sleek diamond neckpiece, Janhvi has nailed the look like nobody’s business. At first, Janhvi strikes a pose for the lens and then in the very next frame, she looks confused and says, “maths”. Along with the clip, Janhvi wrote, “Caption this”. The hashtag went like this, “mein math class”. Stylist Tanya Ghavri wrote, “Can’t be controlled” and added a laughing with teary eyes emoji.

Janhvi Kapoor is currently busy with the promotions of her upcoming film Good Luck Jerry.The film will release on July 29. It can be streamed on Disney+ Hotstar. The movie,  directed by Sidharth Sengupta, also stars  Sushant Singh, Mita Vashisht Deepak Dobriyal and Neeraj Sood. The release date announcement was made by Janhvi on Instagram. Along with a set of two posters, she wrote, “Nikal padi hu main ek naye adventure par, good luck nahi bolenge (I am starting a new adventure. Won’t you wish me luck).” Her Bawal co-star Varun Dhawan was among the first to drop a comment under the post.”Best of luck, little maam,” he wrote. Designer Manish Malhotra left a red heart eye and a thumbs-up emoji under the post.

Apart from this, Janhvi Kapoor also has Dostana 2 and Mili in her kitty. She was last seen in Roohi opposite Rajkummar Rao.