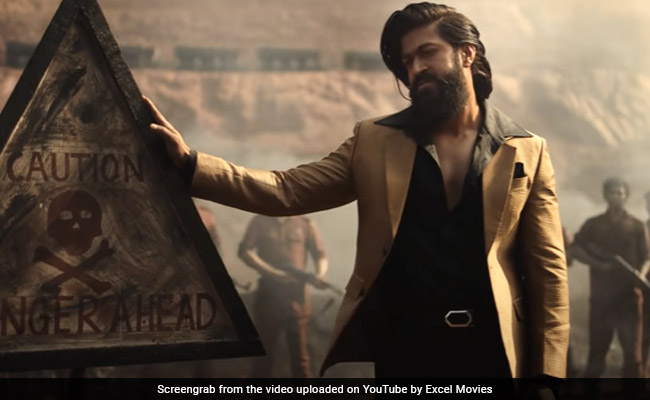 Yash’s KGF: Chapter 2 got a huge shout out from another superstar – Allu Arjun. In a series of tweets, Allu Arjun praised the film and he wrote: “A spectacular show by Prashanth Neel garu. My respect to his vision and conviction. Thank you all for a cinematic experience and keeping the Indian cinema flag flying high.” In a separate tweet, he added, “Big congratulations to KGF 2. Swagger performance and intensity by Yash garu. Magnetic presence by Sanjay Dutt ji and Raveena Tandon ji, Srinidhi Shetty and all actors. Outstanding BG score and excellent visuals by Ravi Basrur, Bhuvan Gowda garu. My respect to all technicians.”

Yash replied to Allu Arjun’s tweet and wrote: “Thank you Allu Arjun avare.. I have always admired you for your hard work and conviction.. Be as awesome as you always have been! Cheers.”

Thank you @alluarjun avare.. I have always admired you for your hardwork and conviction.. Be as Awesome as you always have been!! Cheers

Calling KGF: Chapter 2 a hit would clearly be an understatement. The film managed to cross the Rs 250 crore mark within 2 weeks.

KGF Chapter 2 is the sequel to the blockbuster film KGF: Chapter 1. The sequel – KGF: Chapter 2 boasts of an impressive star cast that also includes Bollywood veterans Sanjay Dutt and Raveena Tandon. Besides the KGF series, Yash is also known for his performances in films such as Rocky, Kallara Santhe, Gokula, Thamassu, Modalasala, Kirataka, Lucky, Chandra among others.

On the work front, Allu Arjun was last seen in the movie Pushpa: The Rise, which was a huge hit at the box office. The film released in December. Its sequel is titled Pushpa: The Rule, which is scheduled to begin production later this year.