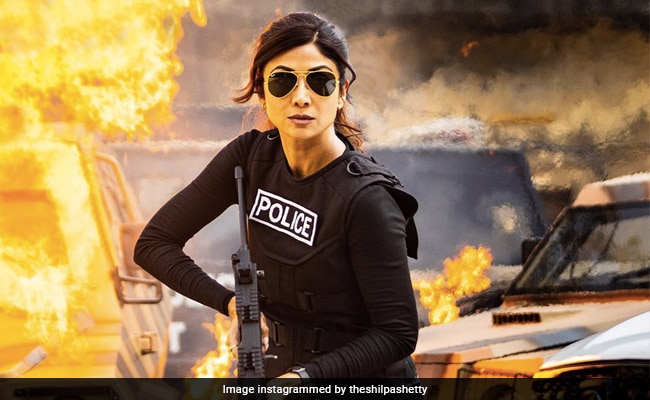 Shilpa Shetty announced her new project on Saturday. She will soon star in Rohit Shetty’s series Indian Police Force, alongside Sidharth Malhotra. She shared her first look from the show and she wrote: “Ready to set the OTT platform on fire for the first time. Super thrilled to join the action king Rohit Shetty in his cop universe Indian Police Force on Prime, now filming.” Meanwhile, Rohit Shetty welcomed Shilpa Shetty onboard with these words: “Welcome to the squad Shilpa. Get ready for gun battles, hand to hand combats, high speed chases and yes! Flying cars.”

This is what Shilpa Shetty posted:

About Rohit Shetty’s cop universe- Sooryavanshi was the fourth film in Rohit Shetty’s cop universe. Ranveer played the role of a police officer in the 2018 film Simmba, while Ajay Devgn starred in the cop series Singham. In Sooryavanshi, Akshay played the lead role of Veer Suryavanshi, a character that was introduced as an Anti-Terrorist Squad (ATS) officer in a cameo role in the 2018 film Simmba.

On the work front, Shilpa Shetty was last seen in Hungama 2, co-starring Paresh Rawal, Meezaan Jaaferi and Pranitha Subhash. She was also seen as one of the judges on the TV reality show Super Dancer Chapter 4, alongside choreographer Geeta Kapoor and filmmaker Anurag Basu. The actress will next be seen in Sabbir Khan’s upcoming film Nikamma.

Shilpa Shetty stepped into Bollywood with the 1993 thriller Baazigar, which also featured Kajol and Shah Rukh Khan in the lead roles. She is best-known for her performances in films such as Main Khiladi Tu Anari, Dhadkan, Life In A…Metro, Apne, to name a few.